I'm not trying to make a fashion statement, although I regularly wear ties. I want them to bring back ties. Not the necktie, but tie ball games.

I'm primarily talking about college football, since the professional game is a bunch of whiny millionaires that aren't fit to carry Jim Brown's or Johnny Unitas' shoes. I don't care what those clowns do.

In college football, we need more ties. It complicates things, and nobody is happy with it. So, why do I want them to bring back ties? Because that's life.

Sometimes, you win, sometimes you lose. And sometimes nobody wins. That's life.

Sure, it'll cause some inconvenience. And now that they have a mini version of a playoffs in Division 1-A -- they still need to have a 16-team playoff, not this 4-team thing -- it will be necessary to break those tie games through the semi-finals.

What about the title game? Well, if it ends in a tie, we have co-champions. That's how life is sometimes. Nobody wins. Even in the most important things, sometimes there's no winner.

Then there's the fact that there is no limit on the number of overtimes. The players have fought hard for 60 minutes, and are being asked to put themselves at risk even longer for a game. Sure, they want to win. Everyone wants to win. But sometimes, nobody wins.

Put a limit on the number of overtimes, you say? Well, if a tie is okay after, say, four overtimes, why not after three? Or two? Or one? Or none, since ties are okay?

So, how to implement this? Well, I'm for just doing it. Unless it's a playoff game before the finals, then a tie is a tie.

Conference championship game? A tie is a tie. Co-champions. 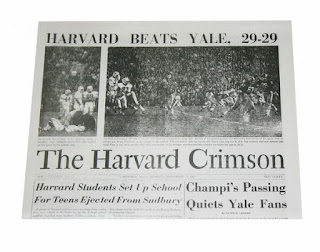 Of course, that won't happen. But they could allow ties in non-conference games as a start. How likely is that? Well, when there's games like Alabama playing Sister Mary Margaret's School For Wayward Girls, it's unlikely. But imagine how excited Wossamotta U would be if they managed to play Ohio State to a tie. For them, not losing is a win.

And, with all that football does teach some of the players -- those with enough character to pay attention -- is that sometimes, you just don't win. Sometimes, nobody does. But you have to accept it. 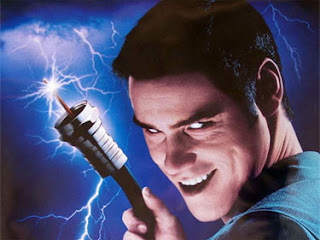 I have cable TV again.

That's something I never expected.

You see, I'm a huge advocate of cutting the cord. I'm generally not a fan of cable TV. Or satellite TV. Since January 2011, I've been watching TV mostly by streaming content. But, suddenly, I now have cable TV service.

Let's get some stuff out of the way first. I'm paying for Internet and TV (by whatever means) at two locations. At one location, I dropped cable in January 2011 when, after crunching all the numbers, I determined that I'd save $65/month by dropping cable and moving to streaming. Now, that $780/year ($65/month x 12) was not full savings. I had to buy a Roku. And a TV antenna. And I had to buy a few TV episodes that weren't available by other means. Still, I had a large net savings for the year. So, I was happy.

Later, I began paying for Internet and TV (by whatever means) at another location. That location was serviced by an entirely different cable and Internet provider.

At the second location, I found that I could get a decent broadband Internet connection plus local channels cheaper than Internet service alone. Yeah, I didn't believe it at first, but sure enough, that was the case. Which meant I didn't have to shell out anything for an antenna. I'd get Internet service cheaper, and could watch local channels (which is all I would have picked up from the antenna anyway), and it wasn't a bad price.

Every 6 to 12 months, I'd have to take my happy butt down to one or the other of the cable offices -- I get better results in person because of my charming personality -- and renegotiate a price. After my experience with the second provider, I learned to check for packages that aren't advertised. And, that continued along for a bit. Well, it continued until late September.

In late August or early September, I'd add Sling TV with the Sports Add-on so I could watch college football. After the season, I'd drop Sling TV. Sometimes, I'd use DirecTV Now or one of the other streaming services if they had a great deal on a package or offered a free streaming device. I ended up with several Apple TV devices or Roku devices by doing that. Still got a Roku in the box, never opened.

Recently, one of the locations had gone up, meaning the 12-month "special" had expired. So, I marched myself down to the cable office and started negotiations. This time, when asking about the cost of services, I found out that I could get Internet and a basic cable package -- not a locals only/lifeline package, but one with ESPN and other cable channels -- for a decent price.

Now, before I ran to sign up for that, I checked into a few other things, such as how well authentication against apps on Apple TV or Roku -- I didn't bother with Amazon Fire TV or Android TV, since Apple TV and Roku are over 95% of my watching -- and found out that they'd work. The local cable company even supports that single sign-on for many apps on Apple TV.

I feel so dirty. But I'm saving money.