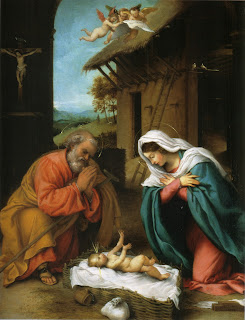 Press 1 If You'd Like To Speak To A Representative...

You know those calls you get where the warranty on your car is out, or you can lower your credit card interest rate, or whatever? They say "Press '1' if you'd like to speak to a representative" or some such, right? Well, I used to press the number and then when the person came on, play Van McCoy's "The Hustle" into the phone. A family member came up with that idea. Or maybe I did. I don't recall. But, whoever came up with it, I would do that. But no longer.

It's a hassle to pull up a music player to play into the phone. Sometimes, it's easy, but other times, not so much.

Now, I press 1. Or whatever number they say.

It's really easy to do. All you have to do is press a number on the phone. Simple.

I may expand on that and play actual tunes. Funkytown, for instance.

One of my favorite things to listen to during this time is Tchaikovsky's "The Nutcracker." Not just The Nutcracker Suite, with which most are familiar, but the entire music from the ballet. I even have a couple of versions of The Nutcracker on video.

One is a movie starring The Pacific Northwest Ballet, narrated by Julie Christie. The other is George Balanchine's version, starring Macaulay Culkin and narrated by Keven Kline.

The Pacific Northwest Ballet version is a creepier version, partly to the performance of Hugh Duncan Bigney Mitchell (known then simply as Hugh Bigney) and his dedication to the role of Drosselmeyer. They used the name "Clara" for the main girl's character, performed as an adult by Patricia Barker. The Balanchine used the name "Marie" for the girl, and included Drosselmeyer's nephew (played by Culkin), a character missing from the PNB version.

Some in the family prefer the Balanchine version, some the PNB version, and some prefer neither. I just love the music.

Here's a little something to get you into the mood. The Vermont Youth Philharmonia performs two movements "The Nutcracker."

College Football Playoff (As It Should Be) 2019 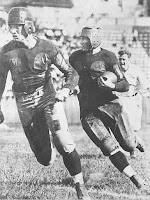 Not everybody agrees with with my plan, but it has a few things going for it. First, here's the plan:
This deals with the issue that has arisen about non-conference champions. Some feel you must win a conference championship to be in the playoffs. That's a valid concern, and this plan covers it.

Some say that there are teams that didn't win their conference that are better than many conference champs. That's a valid concern, and this plan covers it.

This would make some pretty good match-ups, equal to or better than some of the bowl games involving the teams in the field of 16.

The weakest matchup is the Miami (Ohio) vs. Boise State. However, it's no weaker than Boise State's bowl game (vs 7-5 Washington) or Miami (Ohio) bowl (vs 10-3 Louisiana-Lafayette).