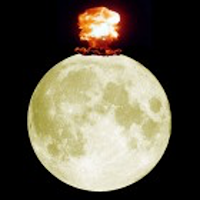 Some of you may know I also work behind the scenes at IMAO. And you may have noticed that IMAO is down at the moment. And has been down for several hours.

Frank J. is working with the hosting company to resolve things, but I don't have much more information than that. Hopefully, it'll be back up soon.

Email ThisBlogThis!Share to TwitterShare to FacebookShare to Pinterest
Labels: Weblogs

Well, I went on my last Walt Disney World trip recently. It was fun, but was kinda tiring, too.

Normally, I like to go to Magic Kingdom, and I like to ride Haunted Mansion. That is my favorite all-time ride at Disney World. It holds up after all these years. Sure, they've made some updates to it, but the best parts are the parts that were there in the '70s. It's a classic.

But, as I said, that was my last trip to Walt Disney World.

I spent a lot more time at EPCOT than I had in previous trips. The Food and Wine Festival is underway, and that's fun. Well, it's filling at least. They got lots of food. Lots and lots of food. Expensive expensive food. But good food.

I used to go to Hollywood Studios more, but only made one short visit this time. The lines are long and they've changed how the Fast Pass works in that park. Now, it's a lot more waiting.

Didn't make it to Animal Kingdom this trip. It never even crossed my mind. Mostly because I was always at EPCOT eating, it seemed.

So, now I've completed my last trip to Walt Disney World. Yes, it was fun. But it was my last trip.

Email ThisBlogThis!Share to TwitterShare to FacebookShare to Pinterest
Labels: Disney

One of my grandsons -- the 4-year old -- really loves Winnie the Pooh. Well, the Walt Disney version of the character anyway.

I've taken him to Walt Disney World a couple of times and one of the rides he always wants to ride -- usually the first one he mentions -- is The Many Adventures of Winnie the Pooh. And, when he's over at the house, he loves the Google Home device that is linked to a Chromecast. He doesn't know or understand all that, but he knows that if he says, "Hey Google, play The Many Adventures of Winnie the Pooh," that it will say "Okay" and that Walt Disney movie will start playing.

What brought this up? Well, the first Winnie the Pooh book (titled Winnie-the-Pooh) was first published on October 14, 1926. My grandson has never read the book. I've read the book to him, anyway. But the fact the book was published this date 93 years ago was the first in a series of events that eventually led to my grandson and me having some fun times together.

Will you or I do something that impacts others some 90-something years from now? Maybe not. Probably not. But we might.


Some people say that Edward D. Wood, Jr. was the worst movie director ever. I'm not sure about that.

Yes, he made some really bad movies, but if I learned anything from watching Mystery Science Theater 3000 is that a lot of people made bad movies. Ed Wood wasn't the only one.

I mentioned on IMAO the other day about Manos: The Hands of Fate, which is a move we love to ... well, hate isn't the word, because we don't hate it. Far from it, we love it, both despite of and because of how bad it is. But, from my understanding, Manos was never intended to be a great film. It was intended to be a film that came in under budget, and it was. Didn't make any money, but still, it came in under budget. Mission accomplished. Sort of.

Plan 9 From Outer Space was intended to be a money-maker. It wasn't. In fact, all of Ed Wood's movies were suppose to be successful films. Mr. Wood fell short of that goal a lot.

But, is he really the worst director of all time? A lot of critics say he was, but I think a lot say that because they're expected to say that.

How bad can someone be who directs Bela Lugosi's compellingly awful lines from Bride of the Monster?


It was 100 years ago today that the Cincinnati Reds beat the Chicago White Sox in the 8th game of the World Series, winning the series five games to three. That was the one where eight players on the White Sox ended up being banned from baseball for conspiring to throw the series.

A lot of people have come out over the years claiming that "Shoeless" Joe Jackson wasn't actually in on it, but at the time, there was little doubt. Same with Buck Weaver. Though there is doubt about those two actually participating in the fix, they knew about it and didn't report it. So, they were banned by Commissioner Kennesaw Mountain Landis.

<a href="https://www.basilsblog.com/2004/12/61.html">I like baseball</a>. I don't like things that harm baseball. And much of the game today isn't what I like. That's why minor league baseball is a better game, though the players are lesser players. They're playing hard, all the time. They want to make it to the majors. It's just a shame that so many that make it to the majors then turn into what's wrong with baseball.


Did you know Albania had a king?

I mean, they don’t. But they did. They had a king. A king. One king. And that wasn’t really all that long ago.

Yes, Albania had a king. Zog I.

Really, his name was Zog I. There was never a Zog II, or an anything else, either. He was elected king — did you know you could get elected king? Well, Zog was, so it was possible it seems — and he served until Mussolini invaded Albania in 1939.

How is that possible? Well, he quit having birthdays in 1961 when he up and died, so he’s been stuck at 65 for a while. But he was born in 1895, if you care. Albania cared, apparently.