Issued by President George Washington, at the request of Congress, on October 3, 1789
By the President of the United States of America, a Proclamation.
Whereas it is the duty of all nations to acknowledge the providence of Almighty God, to obey His will, to be grateful for His benefits, and humbly to implore His protection and favor; and—Whereas both Houses of Congress have, by their joint committee, requested me “to recommend to the people of the United States a day of public thanksgiving and prayer, to be observed by acknowledging with grateful hearts the many and signal favors of Almighty God, especially by affording them an opportunity peaceably to establish a form of government for their safety and happiness:”

Now, therefore, I do recommend and assign Thursday, the 26th day of November next, to be devoted by the people of these States to the service of that great and glorious Being who is the beneficent author of all the good that was, that is, or that will be; that we may then all unite in rendering unto Him our sincere and humble thanks for His kind care and protection of the people of this country previous to their becoming a nation; for the signal and manifold mercies and the favor, able interpositions of His providence in the course and conclusion of the late war; for the great degree of tranquillity, union, and plenty which we have since enjoyed; for the peaceable and rational manner in which we have been enabled to establish constitutions of government for our safety and happiness, and particularly the national one now lately instituted; for the civil and religious liberty with which we are blessed, and the means we have of acquiring and diffusing useful knowledge; and, in general, for all the great and various favors which He has been pleased to confer upon us.

And also that we may then unite in most humbly offering our prayers and supplications to the great Lord and Ruler of Nations, and beseech Him to pardon our national and other trangressions; to enable us all, whether in public or private stations, to perform our several and relative duties properly and punctually; to render our National Government a blessing to all the people by constantly being a Government of wise, just, and constitutional laws, discreetly and faithfully executed and obeyed; to protect and guide all sovereigns and nations (especially such as have shown kindness to us), and to bless them with good governments, peace, and concord; to promote the knowledge and practice of true religion and virtue, and the increase of science among them and us; and, generally, to grant unto all mankind such a degree of temporal prosperity as He alone knows to be best.

Given under my hand at the City of New York the third day of October in the year of our Lord 1789.

It's Doctor Who's birthday. The TV show. You know how all you comic book fans with your Batman and your Deadpool and your Richie Rich...

Well, Doctor Who fans are just as bad. This is the anniversary of the first episode of the show, which aired November 23, 1963 in the UK. And most Doctor Who fans, particularly those in the US, didn't watch it. But we don't care. We're fans. So, we want to wish The Doctor and Doctor Who a happy birthday.

MST3K Question of the Day: Updating the Classic

We all know that Mystery Science Theater 3000 will be returning soon. And, if you're like me, you'd just be happy with more of the same. That is, a guy in space being shown bad movies and him watching them with his two robot friends while making fun of the movie.

Simple. Well, sort of. Except for all of the shooting the janitor into space and him building robots and ... okay, it's not simple. But, it's just a show, you should really just relax.

Remembering, though, that the show was canceled back in the day -- twice, in fact -- we want the show to stick around for a while. As long as it's funny, at least.

But, you know kids these days. Things can't be like they used to be. We have to update things to get the kids' attention. And, TV is no different.

MST3K Question of the Day: The Movies

By now, you're not only excited about the MST3K reboot, you're actually sick of hearing about it. Well, think about what poor Joel and Mike had to go through. Now, you don't feel so bad, do you?

And now that I've cleverly maneuvered you into being in a good mood, let's put that to some good use.

We know there will be some changes in the reboot of Mystery Science Theater 3000, but some things will remain pretty much the same. For example, there will have to be a bad movie to riff. Or, like they did from time to time, a TV show presented as a movie.

Which brings us to our MST3K Question of the Day: What should be the first movie/TV show riffed on the new MST3K?

MST3K Question of the Day: The Villains

With the reboot of MST3K coming soon, we are all so excited that we don't know what to do. Well, I'm excited. You should be too. But, it's okay if you're not. I'm excited enough for all of us.

Today's Mystery Science Theater 3000 Questions of the Day: Who should be the new villain for the show?

Give us your best suggestion. We don't want guesses, we want ideas. And, where else but the twisted brains of the world's largest supply of Moon Nukers than the comments section of IMAO. I turn it over to you now.
By Basil at 11/16/2015 04:00:00 AM 16 comments:

Have you heard the news? In the not too distant future, next Sunday A.D., Mystery Science Theater 3000 will be returning! But, of course, the whole story is complicated.

Shout Factory has purchased Mystery Science Theater 3000 and has licensed Joel Hodgson to restart the show. Joel has launched a Kickstarter campaign to do just that.

There will be new on-screen talent. Joel won't be the host, there will be a new villain, and new actors will portray Crow and Servo. None of the RiffTrax crew (Mike Nelson, Kevin Murphy, Bill Corbett, who played Mike, Servo, and Crow in the later years) will be involved.

Confused? Just be thankful I didn't give you the whole story about all the cast changes and network changes over the years. I could, you know. I'm that obnoxious. But I spared you of that. I'm that nice. You're welcome.

Anyway, MST3K is coming back! Yay!

Which brings up the Question of the Day. Who should be the new host?

If you want to be a killjoy and be serious about it, go ahead. Or, you could play comedian and come up with a really clever idea that will make everyone else just laugh and laugh. Go for that. 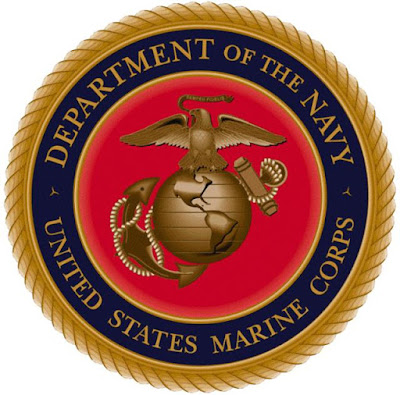 On November 10, 1775, the Continental Congress approved the resolution to establish two battalions of Marines able to fight for independence at sea and on shore. This date marks the official formation of the Continental Marines."

In the 240 years since the formation of the Marines, those Americans who wore the uniform and served our country have made us proud.

We are proud of the opportunity to offer our thanks and best wishes on this anniversary date. Civilians, soldiers, airmen, sailors, and indeed all Americans are proud of our Marines.
By Basil at 11/10/2015 04:00:00 AM 6 comments:

Email ThisBlogThis!Share to TwitterShare to FacebookShare to Pinterest
Labels: Marines, The Usual Stuff

Doctor Who fans, you knew I'd mention this...

>Okay, Doctor Who fans, you knew I'd mention this. The accompanying image is where The Doctor told Osgood, "Basil."

Now, if you're not a fan of the show, you won't care. If you're a fan, but haven't seen the episode that aired this past weekend, well, *SPOILERS*

If you saw the episode, you saw that The Doctor told Osgood that his first name was "Basil."

(Oh, and shameless plug for Larynn's review of the episode over at Doctor Who LaB.)

Now, who among you were actually surprised when The Doctor said his name was Basil? Did you really think he would say "Frank" or "Harvey" or "Sarah" or "Mr. Right" or "Spacemonkey" or "Lactose the Intolerant" or "Keln." Not that those aren't good names. They're perfectly fine names. But, for The Doctor, does any name fit more than Basil? Okay, maybe Spacemonkey. But, really, when you think Doctor Who don't you really think "Basil?"

Of course you do. And so does Steven Moffat and Peter Capaldi and everyone else who works on the show or watches the show.