After Verizon stopped updating it (like, the day I got it), it eventually became out of date. And, running a really old version of Android meant there were features I wanted but didn't have. So, I replaced it with a used iPhone.

I loved that iPhone. I found iOS so much more user-friendly than Android. Actually, I think the old, underpowered Android was the real problem, compounded by the out-of-date Android OS. So, the iPhone on iOS was a dream. And I stayed with iPhone for a while.

A year or two or so ago, I tried Google Fi, and got an Android phone for it. Now, I had Android phones, just not using them as phones, for a while. Galaxy S4, S5, and other phones. But when I started using Google Fi phone service, I found it easier to just use an Android. And I was really happy with that Motorola X4. Good phone.

That meant dropping Google Fi. Part of that decision was because the services on which it runs -- Sprint and T-Mobile -- aren't as reliable as Verizon or AT&T, at least not at the places I go. If I drive into some parts of the city or county, it works great, but at the house and many places I drive, it's not reliable.

I cut back to using the Freedom Pop service. I think I wrote about them before. I limped along with that for a bit, but even though it runs on AT&T, it's not reliable. Not the AT&T part, but the carrier, software, or some other part of the setup. Anyway, I'm going to do something different.

Right now, my best option looks like Verizon prepaid or Xfinity Mobile (with runs on top of Verizon's network). If I go with Xfinity Mobile (I am an Xfinity Internet customer, so I can get the good pricing), I am very limited on what phones I can bring in.

So if I go with Xfinity Mobile -- and yes, their pricing looks better than Verizon's -- I will have to say goodbye to the Android phone. 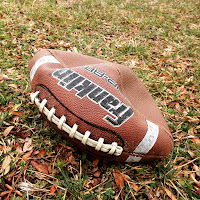 NBC/Comcast/Universal/Whateverelse has made the move into streaming in a big way. They have a thing called Xfinity Flex, which is a streaming package that comes with Xfinity Internet. Well, mostly. More about that in a bit.

The other thing is a streaming service called Peacock. You know, like the NBC logo. More about that in a bit. First, back to Flex.
Xfinity Flex came available last September. However, I wasn't eligible for it. Well, not easily. I had a special streaming package that included Internet and local TV channels for a really good price. I didn't watch the local channels, and didn't care about the local channels, but that special promotion meant I could get Internet and local TV cheaper than Internet alone. It also stopped the Comcast Website from showing any packages available for me. As I was happy with my price, I didn't worry too much about it. I didn't see that Flex would bring much new to the table for me anyway, based on what I saw. I was interested, but not going to go through the hassle of everything, particularly after the China virus lockdown.
Recently, my Comcast bill arrived, and it had gone up. The 1-year special was over. So, I went online to check for a package that was more to my liking regarding cost. Only, still no packages showed for me. I scheduled an appointment at a store, because you have to do that now. And some stores have closed, so the three nearest were two in Savannah and one in Hinesville. The nearest available slot was in Hinesville (same day), so I made the drive.
The nice lady hooked me up and I ended up paying less that I had been paying with my Internet-Local Channels package, even before the special pricing expired. So, yeah, I was happy with that.
And, I got Xfinity Flex included, as they had been promoting.
Now, there's not much to Flex, unless you're new to streaming, in which case, it's actually a pretty good way to start that.
They give you a streaming box for no cost. That's a good thing. A second, third, etc. box is another $5/month. The box is really nothing all that special. It's inferior to a Roku or Apple TV, for instance, but it's okay. It's an Android-based device, and while it's a decent box, it's not as responsive as a Roku or Apple TV.
Also, the device doesn't really have an app store. It has some apps preloaded, but you can't add more. The Apple TV line was kinda like that up through the 3rd generation devices, but even then, you could hide apps from showing. Flex doesn't have a large number of apps, and you can't add more or remove (or hide) any. But, it has a decent selection of apps: Hulu, Netflix, Amazon Prime Video, YouTube (but not YouTube TV), Sling TV, CBS All Access, major standalone movie services (HBO, Showtime, Starz, Epix, & Cinemax), the most popular free (ad-supported) linear services (Pluto TV, Xumo, Tubi, FilmRise), and more. While there is no app store, the selection of apps installed is a good selection.
Oh, and of course, it has Peacock TV. More on that in a bit, I promise.
The Flex remote is okay. The D-Pad is not nearly as good as Roku or Amazon Fire TV, but it works. It has voice control, but I don't care about that. I don't use it on Apple TV, Fire TV, nor on Roku, so I'm not interested in using it on Flex, either. Just a personal preference.
So, if you are a Comcast Internet subscriber, and you want to get into streaming, Flex is a good way to go. And, you get Peacock Premium (the middle tier) included.
And that finally brings me to Peacock TV.
The service is NBC/Universal's answer to Hulu and CBS All Access. Personally, it looks better than the CBS offering, and is cheaper than that service, but it isn't going to replace Hulu for me any time soon, if ever.
The app comes with Xfinity Flex, but it's also available for Apple TV, Chromecast, Nvidia Shield, Mi Box (and other newer Android TV devices), Xbox One, Playstation 4, and newer LG or Vizio TVs. Notice that the two largest streaming platforms, Roku and Fire TV, are not supported. And there's nothing to indicate they will be supported any time soon, as all parties are taking a hard line. Until suddenly, one day, they decide to play nice.
Anyway, there are three tiers of Peacock TV service: Free, Premium, and Premium Plus.
Free is what it sounds like. It's free. The content includes commercials. And, while it's a lot of content, it's not everything. I've seen it said that the free service has anywhere from ½ to ⅔ of the total Peacock TV library. Worst case scenario is still a decent library of content, around 7,500 to 10,000 items of content (TV show episodes or movies).
Premium is the entire library. Everything. That includes sports, all current season episodes, and movies. And here's the kicker: if you are an Xfinity Flex subscriber, it includes Peacock Premium. So, this is the tier I have. Flex is included with Xfinity Internet, and Peacock TV Premium is included with Xfinity Flex. And, it is a decent amount of content.
Oh, if you don't get Premium included, it's $5/month to upgrade from Free to Premium. Is it worth the upgrade? Maybe. If you try it, I'd suggest just using the Free service (unless, of course, you have Xfinity Flex and get Premium for free) and noticing how much you are actually missing out on. The Premium-only content is marked with a purple feather icon in the corner. If you decide you'd be okay with paying $5/month (or $50/year) for the Premium content, it's not a bad price for the bigger library. Cheaper than either Hulu or CBS All-Access. And, to me, better than CBS All-Access. But still, I'd see if Free is good enough. The price is certainly right.
Premium Plus is the top tier. It's the same content as Premium, but you don't get ads. Mostly.

Due to streaming rights, a small amount of programming, Peacock channels, live events, and a few TV shows and movies, will still contain ads.

Premium Plus is another $5/month. So, if you can deal with commercials -- some people can't; I can because I'm an adult and cheap -- save the $5 and watch commercials. Or let the commercials play while you ignore them.