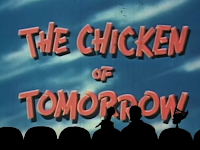 Yes, another release that wasn't an episode. Let me tell you about it.

In 1996, around Season Seven, MST3K episodes were first released on VHS. Best Brains had previously released Play MST For Me, Play MST For Me 2, MST Poopie!, and The MST Scrapbook. Then, they began releasing episodes on VHS through Rhino. Best Brains still did the occasional special release of outtakes and such, but the episodes were all through Rhino. Rhino also re-released MST Poopie! 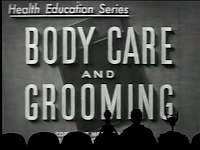 Towards the end of Season Nine, Rhino released a special three-pack called the Shorts Twin-Pack. One of the selections was Episode 622: Angels Revenge. The other was a collection of shorts from episodes that hadn't been released.

What about the third part? It was actually a pair of shorts. Really. A pair of boxer shorts. And, yes, I own a pair. No, they've never been worn.

The boxers were only available as part of the Shorts Twin Pack. Though Episode 622: Angels Revenge and Shorts Volume 1 were released separately, the shorts weren't. So, no, there never was an official line of Mystery Science Theater 3000 underwear.

Let's focus on this video. It contained: 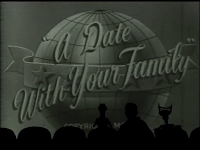 At the time of release, none of the episodes that contained any of these shorts had been released. Commonly, when a short is released, it is seen as an indicator that the episode won't be forthcoming anytime soon, however, this first selection of shorts shows why that's not always true.

Three of the shorts on this volume were later released along with the episode in which they appeared. Though Episode 407: The Killer Shrews wasn't released on video until the DVD on 19 April, 2005, two others were released much sooner. Episode 515: The Wild Wild World of Batwoman made its appearance on VHS on 16 March, 1999, while Episode 609: The Skydivers appeared on VHS on 5 October, 1999, eight and 15 months later, respectively.

These shorts are all fun ones, with lots of great riffing.

If your MST3K collection doesn't include unreleased episodes -- that is, episodes only available from fan copies; the "Keep Circulating The Tapes" episodes -- you'll want to make sure you at least have the shorts collections.

This one is a great one.