Smartphone research for an old churchlady 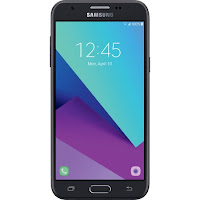 There's a lady I know from the church that wants a smartphone. She's in her 80s. I've known her since the 70s. Not her 70s, the 1970s. As in nearly 50 years. I'm often the person she calls with technology issues. And, apparently wanting a smartphone is a technology issue.

Sure, I understand that she doesn't know a lot about them, other than they are little devices that people carry around like a phone but use to get on The Facebook or search The Google or get The Email or other some such stuff. And, since she doesn't know much more than "iPhone," "Android," and "Samsung" are words that smartphone people use, she's not sure if she wants a Samsung, an Android, or an iPhone. Maybe even an Apple. She's not sure. As long as she can make calls, send a text once she learns how, and can do all the other things you can do with a smartphone which she doesn't know what that is but wants to do. Since she's not sure what phone will let her do all that, she's asking me.

Well, actually, she asked me a few weeks ago, because she's worried her flip phone is about to die. No, it's not doing anything wrong, but she's had it a while and she thinks it might up and die soon. So, she wants to get a smartphone. So, I'm researching smartphones for her.

I'm looking at carriers. She currently has AT&T and is probably paying more for her flip phone service than you are paying for a smartphone. I'll recommend she not go with Sprint or T-Mobile, despite the fact those are good services. Where she lives now, in a small town in southeast Georgia, Sprint is practically useless. T-Mobile isn't exactly useless, but there are places she goes where T-Mobile service is bad. So, I'm going to recommend she stick with AT&T, move to Verizon, or use a smaller carrier that rides one of those two services.

I'm probably going to recommend a prepaid plan. There are certainly no credit issues with her, but my research has shown, like many of you may already know, that for single line service, a prepaid plan is often cheaper. I didn't know that. But my research has indicated that to be the case. Regardless, some of the services I'm researching are prepaid only.

There's one other thing about an Android phone that doesn't hold true for an iPhone. If she calls me with a phone problem, I can honestly say that I have an iPhone and she would probably be better off speaking with some of her friends that have Android phones to help fix whatever is wrong.

Selfish of me? I don't care. You want her calling you? I didn't think so.

Here are the carriers I've been looking at:
There may be other carriers I'll look at. I don't have experience with Cricket or FreedomPop. I've used Total Wireless, Straight Talk, and Simple Mobile. I've ordered a FreedomPop SIM that I'll put in an old iPhone to try it out. Not sure when or how I'll try Cricket. I may have another spare phone around here somewhere. But, I'm going to actually try out the service and confirm it works well. I want to be comfortable in my recommendation.

When I tried Straight Talk some years back, the Android phone I got was a rather poor device. I don't recall the brand. The Android I bought when I tried out Simple Mobile was a Samsung Galaxy J3 Luna Pro. I currently use it as a mini tablet for my youngest grandson to play games.

So, I've been trying things out and researching prices, and I want to be able to make a recommendation to her later this month.

Email ThisBlogThis!Share to TwitterShare to FacebookShare to Pinterest
Labels: telephone