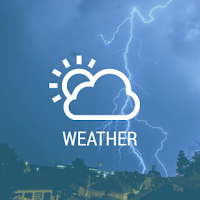 The late afternoon storms we have in southeast Georgia this time of year aren't usually anything more than an irritant. Sometimes, the storms will change plans, such as not going to an outside event. Most of the time, though, it doesn't really mean that big of a deal. We're used to them, after all.

Not so, this week. The storm got my Roku.

I've had a Roku device for some time. Not the same device. I've upgraded over the years. In October, I bought a new Roku Ultra. It replaced a Roku Premiere that I got free with a Sling TV subscription. The Ultra is a better device, and has a wireless remote. The Premiere (since discontinued), is a good device, but doesn't have all the bells and whistles of the Ultra, plus, it has an IR-only remote.

Anyway, I got an Ultra in October, and it's been a great device. Until this week, when the storm got it.

I was off work, and sitting there watching, I don't know, maybe something on The YouTube. The rain had started, and there was thunder and lightning, though not too close. Then, it was close.

There was a loud crash and flash, followed immediately by a loud "pop" from behind the direction of the TV and the screen suddenly going dark.

As I was thinking the lightning had taken out my TV, a "no signal" message came up. Okay, the screen was working at least. Maybe an input? Maybe the Roku?

I looked at the Roku carefully, and noticed there was no light. So, at least the Roku was dead.

I checked the other devices. I've got an Apple TV, a Fire TV Stick, and an Android TV box (MiBox), plus a TiVo connected to the TV. They were all working. Just the Roku was affected.

I pulled my older Roku Premiere out and hooked it up. It worked. That meant the HDMI input on the TV was fine.

So now you might be asking why didn't I use the power supply for the Premiere on the Ultra?

No, really. Go ahead and ask. I'll wait.

Well, since you asked, there's a simple reason: they don't fit.

For a while, all the Roku boxes -- first and second generation devices -- all used the same power supply, model number PW-01 for those keeping score.

Roku changed that beginning with the third generation boxes. They used the new PW-09 power supply, which had a different connector.

After some thought, I decided to not immediately replace the Roku Ultra. But thinking long term, I decided to move my Stick from the guest TV to the main TV, and put the Premiere in the guest room. After doing that, I was back up and running.

For now, I'm using the Roku Stick on my primary TV. That means I can waste my time again with my Roku.