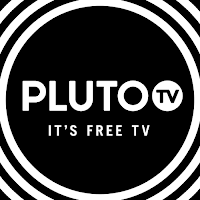 I think I have a new favorite cord cutting app. Pluto TV is one I've had for a bit. It always had something interesting on it, but now they've got a lot more.

If you aren't familiar with Pluto TV, it's a live linear streaming service. What that means is that it's kinda like cable TV in that there is stuff playing on different channels at different times. It's just like traditional TV in that way, except it's streaming.

Now, it's not the same channels that you'll find with Comcast, Spectrum, or any cable service. But it does have a lot of content that's similar. They have added content from Viacom recently to their list of Pluto TV channels.

Content from MTV, Comedy Central, BET, Nick, CMT, Spike -- yes, Spike is back -- and others join the lineup that has included more and more movie, including some pretty good films. There's also news streams from CNN, CBS, NBC, Newsmax, Sky News, and others. I love the MST3K stream, the Rifftrax stream, and so much more.

Rather than try to list everything they have, and considering that what interests me might not interest you, I'm gonna suggest you check it out. Go to their Website or go ahead and download the apps to your phone, tablet, or streaming device -- including Roku, Amazon Fire TV, Apple TV, Chromecast, Android TV, and others -- and give it a watch.