As I near completion of my Unriffed MSTie Movie Library -- the intact movies that the MST3K crew riffed -- I found I'm having to cheat a little to finish up the library. Well, maybe it's cheating, and maybe it's not.

It is. But only a little.

The KTMA season had a movie called "Revenge of the Mysterons from Mars." It's a feature length film made from four episodes of the 1967-68 British TV show, "Captain Scarlet and the Mysterons." 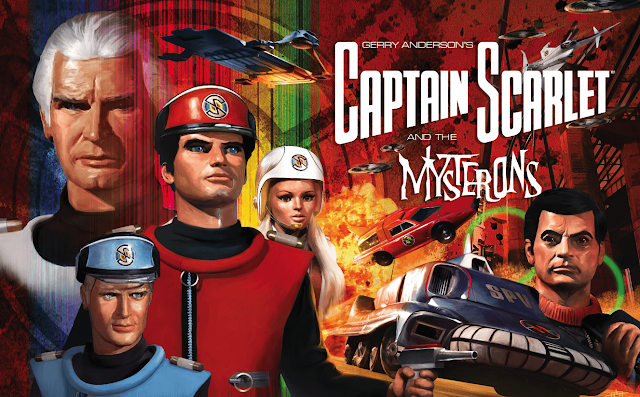 While "Revenge of the Mysterons from Mars" isn't available online, VHS tapes are available, but I'm not paying over $100 for one. So, it's do without, right?

There are videos of the opening and closing credits of the movie available online, because of course there are. It's relatively cheap to get episodes of the series online. The entire series is cheaper than the movie.

I have the KTMA episode, with Joel, Crow, and Servo (he wasn't yet Tom Servo), so I have a rough template of the movie. So, with the four episodes of the show, the movie opening and closing, and a computer to edit them together, I was able to reconstruct the movie. And, I think I did a pretty good job. The original movie was 1:31, and as it turned out, so was my reconstruction.

So, is that cheating? Yeah, it is. But, I'm gonna count it as having the movie, until I can find one reasonably priced.

Same thing with Season 3 movies "Master Ninja I" and "Master Ninja II" which were made from two episodes each of the 1984 TV series "The Master." I can't find the movies anywhere, but I was able to get episodes of the show. So, using the MST3K riffed version as a guide, I was able to reconstruct the movie from the episodes. Yes, still cheating a little, but it's darn close to the original.

The only other movies that were made from TV episodes were in the KTMA season: "Invaders from the Deep," which was from the show "Stingray," and "Cosmic Princess," which was from "Space: 1999." Both of those movies are available, and for a reasonable price, so no reconstruction is necessary.