Episode 523: Village of the Giants

A bunch of teens grow to large proportions. What could possibly go wrong?

Well, throw in the kid from The Music Man

-- you may have seen him in other stuff

Maybe it's the source material. This film claims to be inspired by H. G. Wells'

The Food of the Gods but I think they just made that up. In

The Food of the Gods, a scientist develops a growth formula and creates giant chickens. In

Village of the Giants, it's a bunch of ducks that grow large. Totally different plot.

The Food of the Gods, the stuff gets away from the scientist and other stuff starts growing. It's also given to some children, and they grow large. In

Village of the Giants, the stuff gets away, and other stuff starts growing, and some teen ingest the stuff and grow large. Plus, and Beau Bridges is involved! Totally different.

Funny thing, though. Bert I. Gordon, who made this film, did a straight version of

The Food of the Gods in 1976. This one was actually a little closer to the plot than the '76 version, in some respects. Which doesn't say how good this movie is, it says how bad the other movie is.
How bad is this one?

A little kid genius who looks just like Opie Cunningham accidentally creates some goop that makes things grow, and one of the locals who's hot for the kid's big sister decides it can be used to grow big animals for food, but some troublemaking teens led by Beau Bridges who are passing through town find out about it and decide to grow big themselves and take over the town but the genius kid develops some smoke that puts things back to normal so they shrink the teens back to normal and then the teens leave but run into some midgets who are looking for the growth stuff. The end.

And, no, I'm not a perv by looking at a bunch of teenage girls boobies. The youngest actress to play one of the giant boobie teens was 21 when the movie was made. That's only slightly creepy, given my age.

It's a watchable film, but not quite as fun as other films by The Notorious B.I.G.

His '50s movies were better.

Still, this isn't nearly as bad as lots of other MST3K movies. Just not quite as much fun as Bert I. Gordon's other films.

The Host Segments are fun. Dr. Forrester fires Frank -- actually, he assigned Frank to fire Frank -- as part of cutbacks. Then he goes out and starts interviewing replacements. Dr. Forrester hires Torgo -- now known as TV's Torgo -- to take the job.

Mike sings The Greatest Frank of Them All because he'll miss Frank. Of course, at the end of the episode, they change the meaning by dedicating the episode to the recently-deceased Frank Zappa. 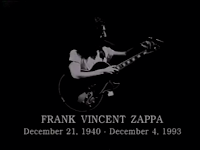 A good, fun episode. It's never been released on video, and only fan copies of the episode are available. MGM owns it, so there's the whole rights thing to deal with. Not that it's impossible, but I'm not holding my breath.