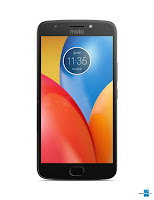 Recently, I undertook the task of helping an older lady from the church get a smartphone.

How did I do? Well, I researched ten cell service providers, looked into cell phones, and gave her my recommendation. I think that's pretty good. I suppose the details matter, though, huh?

Where she lives, Sprint and T-Mobile don't offer good coverage, so I suggested she stay away from those services or services that ride those networks. For instance, Simple Mobile and Walmart Family Mobile ride T-Mobile. Boost Mobile, NetZero, and Virgin Mobile ride Sprint. Google's Project Fi used both Spring and T-Mobile. So, for her, those were out.

She currently has AT&T, and staying with them would be easy enough. The issue is that for the money, she could go with Cricket or FreedomPop (BYOP) cheaper. Of those, I recommended Cricket because of the low cost, and the peculiarities of FreedomPop.

I did suggest that Verizon would be a viable alternative to AT&T, as she could swap one company for another. Likewise, Straight Talk or Total Wireless would be cheaper alternatives to Verizon.

The other possibility I suggested was Xfinity Mobile. It rides Verizon, and has the best pricing on a single unlimited service phone at $45. Since she already has Xfinity cable, Internet, and home phone, it would be an existing vendor.

When it came to the phones, I suggested that she either get an iPhone, or an Android phone by Samsung or Motorola. Sure, there are other good Android phones, but the unlocked Moto e4 is a good phone at a really good price, and most Samsung phones are very reliable. I don't have enough experience with other Android devices to make a recommendation.

I wrote all this up and gave her a printout (10 pages) of the ten carriers and the phones they offer. I gave her the pricing on each of the plans, and a suggestion for each type of phone (iOS and Android) for each carrier.

What did she do with my recommendation? Nothing.

She'll eventually make her mind up about what to do (probably Xfinity Mobile, my gut tells me) and then want me to go to the store with her to make it happen.