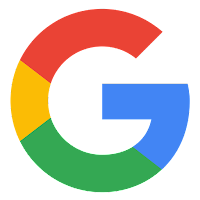 I have a Motorola Android phone.

I have an HP Chromebook.

I'm writing this using the Chrome browser on my Chromebook.

This little blog is hosted on the Blogger platform.

I have a Chromecast streaming device connected to my TV.

I have a Google Home Mini sitting beside my favorite chair.

All of those are Google products. Android is Google's smartphone OS. Chromebooks are computers that run Google's Chrome Operating System. Chrome is also the name of the Web browser developed by Google. Blogger is the blogging platform owned by Google. Chromecast is Google's streaming device. And, of course, a Google Home Mini is a Google product, similar to the Amazon Echo.

Now, a bit of clarification might be in order.

I still have an iPhone, a MacBook Air, a Dell Windows 10 desktop, Apple TV, Roku, Fire TV Stick, and TiVo. Yes, I still have those other things, but I do have a little segment of my life set aside that operates solely in the Google ecosystem.

Go ahead and ask. I'll wait.

Well, since you asked, here's the deal. I'm trying to ensure that all my online business and my offline business are kept separate.

Remember when I was helping an old church lady with a smartphone? I ended up with an Android phone (more than one, actually) running on a cheap phone service. As I began compiling all my tax information together this year, I once again concluded that it sure would be helpful if my online life and my offline life were able to operate separately. So, I decided to actually do that.

I kept one of the Android phones (the Moto e4) -- because I like it -- and kept one of the the phone services (along with its own separate phone number) and configured it with the accounts I use for blogging and related online activity.

I already had a Chromecast device, but rarely used it. If, though, I need to watch something related to blogging (it has happened), I've started using it excluseively. The Google Home Mini is connected to the same account as the Android phone and the Chromecast (as the Chromebook).

So, Basil has ... Gone Google. At least, as far as blogging-related stuff is concerned.

It's taking a little getting used to. Now, when I get an email or other notice related to blogging and all that stuff, I have to pull out the Android phone.

When I want to tweet something, I pull out the Android phone.

When I want to do anything that's not family-only or day-job related, I pull out the Android phone.