I went to a football game this past weekend. And it was great.

The Raycom Media Camellia Bowl was in Montgomery, Alabama this past Saturday night, and I was one of the 17,710 people in the stands. I was there supporting the Georgia Southern Eagles as they took on the Eastern Michigan Eagles. And the Eagles won! Which Eagles? Well, I'm happy with the outcome, if that helps.

Georgia Southern has only been to two bowl games. They started up football -- restarted, actually, after program was halted during World War II -- in 1981, hiring Georgia Defensive Coordinator Erk Russell to start the team. Starting from nothing -- literally, Georgia Southern College (at the time) had to buy a football from the K-mart across from the college to have one for their first press conference announcing the hiring of Russell -- they started play in 1982, and in 1985 were Division 1-AA (now FCS) national champions. Georgia Southern won a total of six 1-AA national championships before transitioning to 1-A/FBS in 2014. They ended their FCS/1-AA era beating Florida. Have you ever seen videos and images making fun of the University of Florida for the two players blocking each other? That was the 2013 game against Georgia Southern. 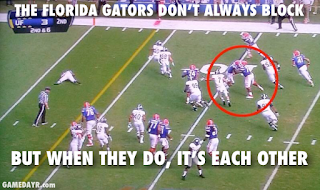 After their coach left for Army -- Jeff Monken led Army to 10 wins this season -- they hired Willie Fritz to lead them into their first year in FCS/1-A. Georgia Southern won the Sun Belt Conference championship, and the next year, went to and won their first bowl game. However, the coach left for Tulane. The next two seasons were tough, with Georgia Southern falling to 5-7 in 2016 and 2-10 in 2017. They fired their coach mid-season last year, and promoted the interim to head coach for this year. Under Chad Lunsford, they improved from last year's 2-10 to a 10-3 record this year, including the win in the Camellia Bowl. Why the biggest turnaround in 2018 college football didn't get him considered for coach of the year honors is, well, baffling to me. But, hurray for Brian Kelley, I guess.

The win in Montgomery wasn't easy, though. Eastern Michigan, despite a 7-5 record, was a tough opponent. Other than a 15-point loss to Army, the other four losses were all by a touchdown or less, with two coming in overtime. They could have easily been 9-3, and possibly 11-1. And they played with a lot of heart and a lot of guts. They took the lead with 3:33 left in the game, on a fourth-down pass for a touchdown. However, they couldn't stop Georgia Southern from driving down to kick a game-winning field goal as time expired.

It was the only Division 1-A/FBS bowl game that was close. So far, easily the best bowl game, but there are a lot of bowl games left. Still, it will be one of the best of 2018.

I was happy to make it to Georgia Southern's bowl game, and thrilled with the win. But, I was thoroughly impressed with the team from Eastern Michigan. This was only the fourth bowl game in that school's history, and it had to be a heartbreaker. Kinda like the season has been for them: close, oh so close, but not able to finish.

If they get a couple of breaks, they could be champions of the MAC next year, if the team continues to play like they did this season and this past weekend.

I'm still thrilled with Georgia Southern's win. And I know that another game against Eastern Michigan would be a tough one. But, if it came next year as a rematch, but between two conference champions, well, that would be just fine with me.
By Basil at 12/17/2018 08:10:00 PM