The trouble with peace 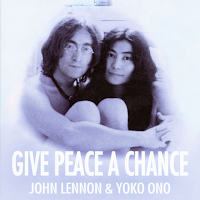 I saw something on the news about President Trump's Mideast peace plan. Not much, but a little bit.

The news has been mostly a dead basketball player and the Democrats' attempt to remove Trump from office.

And that's the trouble with peace. Nobody really cares about it. Well, nobody in the news cares. Peace means people not killing each other. Peace isn't good for selling ads, or posting clickbait articles, especially when it risks throwing a positive light on a Republican.

Not all of the countries in the area are in favor of Trump's plan. Jordan and Turkey don't like it, but Egypt, Saudi Arabia, Qatar, and UAE all are in favor. But none of that matters if you can't use the news to sell fear, or otherwise cast Republicans in a bad light.

The Republicans do enough on their own to make themselves look bad. They don't need the "media" helping.