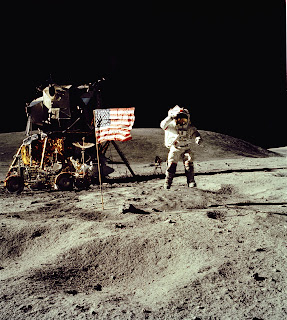 On June 14, 1777, the Second Continental Congress adopted the United States flag. We now know this day as Flag Day.

Despite the lack of recognition by the White House, we're encouraging you to show proper respect and allegiance to the flag of the United States, in accordance with the proper rules of etiquette.

The flag represents this great nation. Fly it proudly.

Oh, yes, one other thing. Two years before the flag was adopted, the Continental Army, forerunner of today's United States Army, was formed. That means today is the 235th birthday of the Army. If you see a soldier today, thank him. If you know a former soldier, thank him. I know he'd appreciate it.
By Basil at 6/14/2010 06:06:00 AM