The president addresses the nation 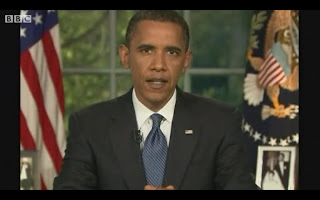 Good evening. As we speak, our nation faces a multitude of challenges. At home, our top priority is to recover and rebuild from a recession that has touched the lives of nearly every American. Abroad, our brave men and women in uniform are taking the fight to al Qaeda wherever it exists. And tonight, I've returned from a trip to the Gulf Coast to speak with you about the battle we're waging against an oil spill that is assaulting our shores and our citizens. 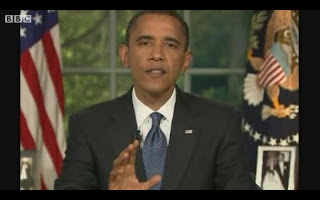 This oil spill is particularly troublesome to me, because I intend to lead the assault on America. I will not tolerate any actions by any company or any nation assaulting American citizens. That's what I do. 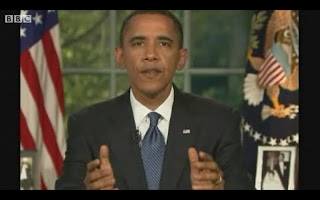 After the spill began, I assembled a team of our nation's best scientists and engineers to tackle this challenge -- a team led by Dr. Steven Chu, a Nobel Prize-winning physicist and our nation's Secretary of Energy. And you know how smart and wonderful Nobel Prize winners are. Like Jimmy Carter. Yasser Arafat. Al Gore. Mikhail Gorbachev. Me. Really really smart people. Smartily smart. So, this Chu must be awesomely smart, even though his Nobel Prize was for physics, which is sort of like math or something. Anyway, scientists at our national labs and experts from academia and other oil companies have also provided ideas and advice. 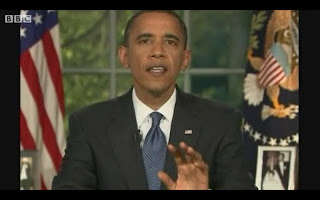 Now, it'll take a while for this group to come up with a plan, particularly since none of them know anything about oil wells a mile deep under water. So, to give them the time I need, I've drafted a letter to the oil spill itself, asking it to stop leaking long enough for our committee to come up with a plan. At least, a plan that doesn't involve forming more committees. Although that does sound like a good plan in and of itself. 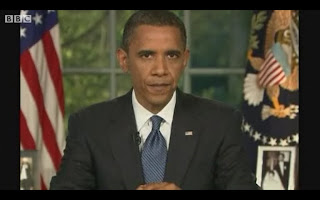 We have yet to hear a response from the oil leak regarding our request for a meeting to discuss its temporary halt of the spill. But, I stand firm in my belief that open and honest discussions are the way to solve all the problems of the world, and this oil spill is not an exception. But make no mistake: We will fight this spill with everything we've got for as long as it takes. We will make BP pay for the damage their company has caused. Even though they won't really pay; fuel prices will go up, and you'll pay. But I'll get credit for making BP pay, and that's what's really important.

But you know what else is important? Regulation. We've regulated drilling on land and in shallow water so much that deep-water drilling actually seemed like a good idea to the oil companies. So now, we're going to regulate the hell out of that, too.

Last year, the House of Representatives acted on these principles by passing a strong and comprehensive energy and climate bill -- a bill that finally makes clean energy the profitable kind of energy for America's businesses. If it exists.

Now, there are costs associated with this transition. And there are some who believe that we can't afford those costs right now. I say we can't not afford it.

You know what we need? More taxes. If we can raise your taxes enough, you won't have any money to spend on gas for your cars or heating oil in the winter. That will reduce demand, which will decrease our dependence on foreign oil. Then I won't have to jet around the world bowing to all those Arabs.

And you thought I didn't have a plan.