Take me out to the ballgame 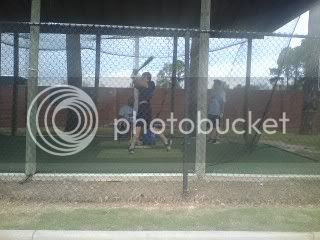 Baseball season opens tonight. The minor league season, that is.

Opening Day in Columbus usually means a couple of hundred fans show up for a ballgame where a few players from the previous year's team -- that usually finished near the bottom of the standings -- take the field.

This year, there are only four players back from last year's team: IF Seth Dhaenens, IF Joey Callendar, OF Maiko Loyola, and P Jeremy Hall. But that's the team that won the South Atlantic League championship, the first baseball championship in Columbus in over 20 years.

However, two unfortunate things are likely to happen.

One is that only a few hundred fans will show up. I'd wager good money that'll be the case.

The other is that this is probably the last year of the Columbus Catfish. Some guy from Up North (Art Solomon, a successful businessman who already owns a Double-A team, the New Hampshire Fisher Cats) is trying to buy the team and move it to Bowling Green, Kentucky. I'd wager good money on that, too.

So, as the 2008 Columbus Catfish Farewell Tour kicks off, I'll be in my usual seat behind home plate, cheering on the team.

At least I'll have been rewarded by a championship. And who knows? Maybe this year's team will take the trophy come September.