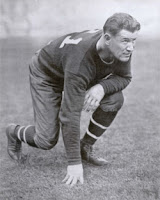 We're nearing the end of the college football season, and the number of unbeatens is getting smaller each week. There are five unbeaten teams remaining, ranging from Number One LSU to Number 11 Houston. But some of the once-beatens are still in the mix, and one might get the championship game nod over an unbeaten.

Is that fair? Well, nothing's fair, until we get a playoff. I got the playoff plan, but the folks running the show won't listen to me.

Of course, some of you don't want to listen to -- or read -- these picks. Which means that you must hate college football and are a communist. Or a Gloria Allred client.

Sit back and find out who's gonna lose this week.

We're going to look at some of the games where there's nothing else on, because even games with teams you don't care about are better than most of what's on TV these days.

And, we're going to look at teams from my home state, Frank's adopted state, and Harvey's state. Because, for one thing, they represent the SEC, Big Ten, and Non-BCS conferences. And, because I feel like it.

The Insects from the Institute pulled off the upset last week, knocking Clemson out of the ranks of the unbeatens, and are in line to make a serious run at the ACC Coastal Division title. The Jackets biggest problem is the Polytechnicals from Blacksburg.

The winner of this matchup has represented the division in every ACC championship game, and that trend should continue this year.

The Bumbles are in the midst of their usual end-of-season Jekyll-and-Hyde act, and that spells trouble. If they can keep from shooting themselves in the foot, Georgia Tech ought to come out on top. But for some reason, they just won't put their bullet in their shirt pocket.

Hokies quarterback Logan Thomas, though, is locked and loaded and ready to challenge the North Avenue Trade School defense. He should have some success, and Virginia Tech should emerge victorious.

After winning four straight, the Toros from West Florida have managed to lose four straight, including three by a touchdown or less. Skip Holtz will be looking to light a fire under his team, but that may just be to keep warm as they invade cold Syracuse, New York for a gridiron battle with the Orange.

Doug Marrone's team will have a rude welcome in store for the Bulls, but if junior quarterback B.J. Daniels can find his targets, South Florida will find itself back on the winning track.

When this year's college football season started, if you had been told that the second week in November would be a horrible week for Penn State, you'd have figured it was all about playng the Nebraska Cornhuskers. You'd have been wrong.

Nebraska needs to come back strong after being upset by Northwestern at home last week, but facing an emotional Penn State team might not be the best thing.

The Moutain Cats, meanwhile, would welcome something, anything, to get out of the headlines. It's going to be a rough end of the season.

Had the terrible things that had been going on in Unhappy Valley not happened, this football game might mean something. But we get reminded from time to time that football isn't all that important. We also get reminded just how horrible some people are.

Perhaps, for a few hours, football can be what it's supposed to be: a character-building contest between young men earning an education and getting ready to take on life. Let's hope so.

The future Arena League star is 1-1 against Texas Christian, and he needs this last matchup to go his way if he wants to get a Sugar Bowl bid instead of a Maaco Bowl bid at the end of the season.

Gary Patterson's Amphbians look to play in Las Vegas win or lose, but but everybody knows it's better to win than to lose.

The Pups from Mark Richt's kennel have grown up since the start of the season, and are riding high with a 7-game winning streak. That could come to a crashing halt this weekend when Gene Chizik brings his Big Cats from the Plains into Athens for the 115th edition of the Deep South's Oldest Rivalry.

Auburn is 17-10 in Sanford Stadium. In fact, the visiting team wins this game more often than not, wherever it's played. And if the Bulldogs lose this game, with the Southeast Conference East Division title in sight, the calls for Mark Richt's head will be loud and long.

The Battle for Paul Bunyan's Axe, or the Slab of Bacon -- depending on how far back you want to go in this rivalry -- takes place on the Plastic in Minneapolis this weekend. It'll be the 121st time these two teams have met -- that's more than any other pair of Division I schools -- and the Badgers will be trying to win their 8th in a row in this rivalry.

The Golden Gophers, meanwhile, are simply trying to finish the season, but a win in this game would come close to salvaging 2011.

After losing two in a row in the last minute, Wisconsin poured it on last week, and they show no signs of slowing down this week. Montee Ball and Russell Wilson should rack up some numbers against Minnesota.

The Badgers need this win to have any shot at winning the Leaders Division and play for the B-1-G title, and they have the tools to make that happen.

After getting their butts handed to them on national TV to start the season, Oregon has overpowered everybody on their schedule. If a few other games go their way, they could end up in a rematch with LSU in January.

Stanford, meanwhile, wants to show that they deserve to play for the national championship. They'll need plenty of Luck to win this matchup. In fact, Luck might not be enough.