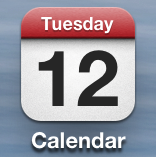 Should today be a national holiday? It's the birthday of a famous American, but it's not officially celebrated.

When I was a child, we got a couple of days off school in February: the 12th and the 22nd. I don't know if it was like that everywhere, but it was in the part of southeast Georgia where I grew up.

Now, to be sure, the fact that February 12 is the anniversary of the founding of Georgia -- Georgia Day -- might have contributed to that. But, today, the state no longer celebrates the anniversary of its founding, as evident by the governor's official list of State Holidays for 2013.

But, there's still that birthday to consider.

Now, the American whose birthday it is, isn't that big of a hero in Georgia. Not historically, anyway. That doesn't mean that Georgia has been right in ignoring this American. But, I leave it to you: should states, or even the federal government, recognize today as a holiday in honor of this American?

Email ThisBlogThis!Share to TwitterShare to FacebookShare to Pinterest
Labels: Birthdays