The importance of being Earnest. And Pam. 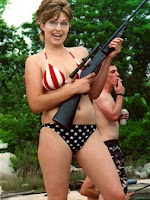 
... a person commits defamation when he or she causes an unknowing person wrongfully to be identified as the person in an obscene depiction ...

The six Democrats -- you knew the sponsors were all Democrats, right? -- really don't like that kind of humor. Two of them were victims of such prankery, Pam Dickerson* (who introduced a similar bill last year) and Earnest Smith*. The blog Georgia Politics Unfiltered is one of the culprits that prompted such actions. You can search that site for more images, if you want. You don't want. Trust me.

Still, I understand that those that are victims of such actions might not like it. But, a crime? Such thin skin.