You're so vain, you probably think the civil rights movement was about you

Remember when Neil Armstrong died, and Barack Obama honored the astronaut with ... a picture of Obama looking at the moon?

Well, Saturday was Rosa Parks day, so what does the president do? Honors Rosa Parks with ... a picture of Obama sitting on the bus, looking out the window. 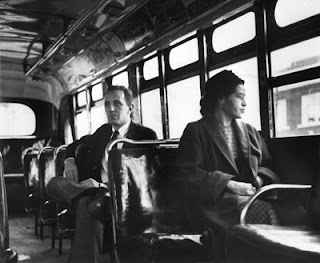 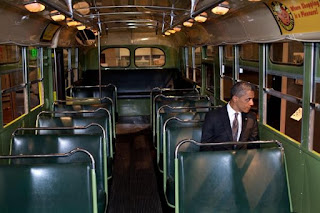 It's all about Obama.

Now, I'm not wanting to get off track and have a discussion about why Rosa Parks got all the attention and not the others who preceded here by being arrested for refusing to give up their seats. If you want some info about that, this link mentions a couple of instances.

Rather, I want to stay on target with Obama making everything about him.

I'm not sure if that's the problem, or if the idiots that support him are the problem. A little of both actually.

Speaking of the Rosa Parks debate (which I didn't want to get into), if they ever remake