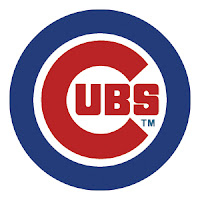 I kinda like that. And I kinda hate that.

I like the story of finally breaking free of the demons of the past and reaching the top. From that standpoint, it's wonderful.

But, it's not just "the Cubs." It's "the Chicago Cubs." Chicago. And I hate Chicago.

Why? Well, name some people from Chicago. Barack Obama (in his adult life). Hillary Clinton (bron there). That right there makes it the most awful place in the United States.

Now, sure, there are good people from Chicago. And for them, I'm happy.

Truth is, I was cheering for the Indians. Yes, that's an American League team. But, I don't like Chicago, and the Indians have a history of baseball in the Columbus area. The Columbus Indians and Columbus RedStixx of the 1990s were Indians affiliates. And, then, blog buddy Don Surber is an Indians fan. It would have done him good to see his Indians win the World Series for the first time in his life.