You might not know who Tom Neyman is. Heck, when I heard he died, I had to ask "Why do I know that name?" I'm sorry to say that I didn't place him at first. And, if you didn't, Tom Neyman was the actor that played The Master in Manos: The Hands of Fate.

If you have seen Mystery Science Theater 3000, then you've probably seen the classic episode that featured that movie. It's one of the most famous episodes, not just for the terribly awfully horribly bad movie, but the short "Hired Part 2" as well as the Chocolate Rabbit Guillotine. A truly classic episode with top-notch riffing. (I wrote my full review of it here.)

Now, how many of you have seen the actual, full, unriffed movie? I have. And, yes, it is truly bad. However bad you thought it would be while watching it with Joel and the Bots, it is. Maybe even worse. But maybe not. I didn't hate it.

That's not because it's not a bad movie. I just told you it is. But, the fun, the joy, the thrill of watching the MST3K version colored my watching of the movie. Even without the riffing, it was great to see Torgo talk about the Master, and to actually see the Master.

I'm going to stop talking about the movie since we're back on topic. The Master. Tom Neyman. He died this weekend. 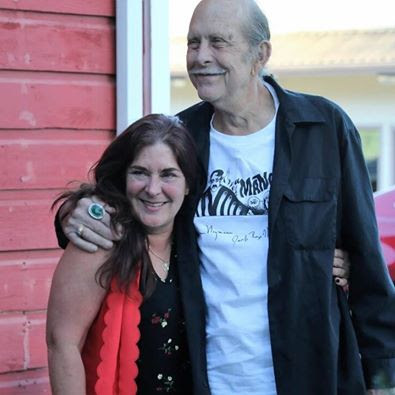 He lived long enough to see that terrible little film he worked on 50 years ago rise from obscurity to become the most beloved bad film of all time. And the sequel -- yes, there is a sequel -- is in post-production, according to IMDB.

I truly hope the recognition, even for being in a bad film, brought joy to Mr. Neyman in his later years. I'm looking forward to seeing the sequel. And seeing the rebooted MST3K riffing it.
By Basil at 11/13/2016 09:06:00 PM