So, I was surfing the 'Net with Internet Explorer on my Windows 7 iPad ...

Let me show you a screen shot, so you'll believe me. 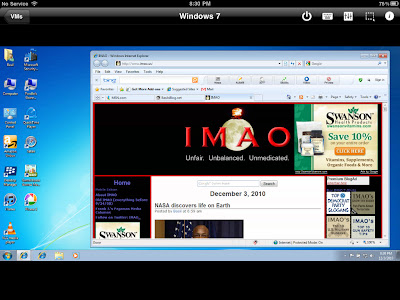 Yes, that's an actual screen shot from my iPad. With my surfing the 'Net with Internet Explorer. And, yes, it looks like Windows 7 because it is Windows 7. And here's a photo of the iPad, running Windows 7: 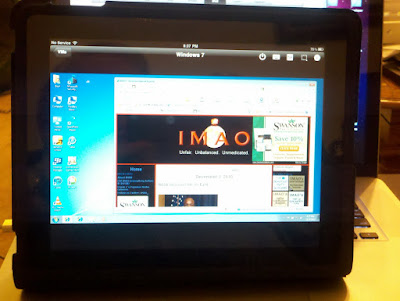 Actually, it's an app that allows the iPad to operate as a terminal for a virtual machine I'm running on my MacBook. I'm running Parallels 6

on the Mac, running an instance of Windows 7.

What would it take for you to do that the same way I did it?