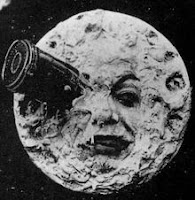 Ever been to a museum in DC?

And they're pretty cool. At least the few I've been to. Dinosaur bones. Mercury spacecraft. Dorothy's ruby slippers. Bunch of other old stuff.

There's a group that wants to build a Science Fiction Museum in DC. They're looking to sponge off visitors to the other museums, such as the Air and Space Museum.

But, is DC the right place for a Science Fiction Museum?

Other museums (or museum-like things) have a tie-in to where they're located. The Pro Football Hall of Fame (that's kinda like a museum) is in Canton, Ohio because that's where the NFL was founded. The Rock and Roll Hall of Fame (it's a museum) is in Cleveland, Ohio, because, well, the only real competition it had for hosting it was Detroit, and not even burned-out rockers would go to Detroit. The Baseball Hall of Fame is in Cooperstown, New York, because somebody thought baseball was invented there by Abner Doubleday. It wasn't, and it wasn't him anyway. But at the time, they didn't know better.

And, of course, the other DC museums I mentioned are in DC because that's where the money James Smithson left the U.S. ended up. His bones ended up there, too, after Alexander Graham Bell went to Italy and got them. (Look it up.)

Anyway, museums should be where the thing they're museuming about has a connection.

The fiction part, that makes perfect sense in DC. After all, if you like your insurance, you can keep it, right? Not much more fiction than that. It's the science part that doesn't fit. Because science uses math. (Look it up.) And nobody in DC know a darn thing about math.

So, I don't think DC is a good location for a Science Fiction Museum. I think a better place would be The Moon. Or maybe L5. Or Vulcan. Or Tatooine.