I'm a football fan. Real football. Not that kickball they play over in Europe, Brazil, or some other God-forsaken place.

Now, don't get me wrong. That futball stuff they do in other, lesser places, can be fun. It's great for keeping a bunch of 5-year olds entertained while the dads hit on the single moms. Plus, when one gets kicked during all that running around and kicking, and the kid gets back up and knocks the bejeezus out of the kid that kicked him, you know he's now ready for real football.

But, some people like both kinds. Or say they do. That's like me saying I like my iPad and my Etch-A-Sketch. (Full disclosure: I have the Etch-A-Sketch app for my iPad.)

They're not the same thing. But, they say they like 'em both, and I'm not gonna call them liars. So, now what? Well, they've redesigned all the NFL team logos to look like futball logos.

Here's the logo for the Falcons (nearest team to me): 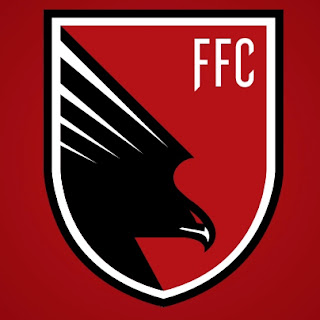 Here's the logo for the Jaguars (next-closest team, and closest to my home town): 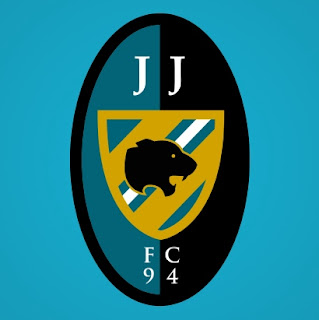 That just doesn't say "football" to me.

Of course, I'm not really a fan of NFL football. I prefer the college game.

Unless they put my Georgia Bulldogs in those silly Power Ranger uniforms again. 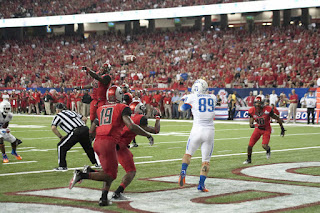