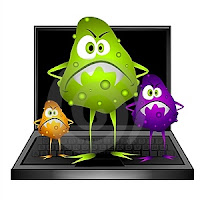 The NSA has put viruses on 50-thousand computers, according to one report.

NRC, a news site or something in the Netherlands, reports that Edward Snowden's documents said that the NSA put malware on 50-thousand computers worldwide. Floor Boon -- that's the reporter's name; and if you can't trust Floor Boon, who can you trust? -- writes that the NSA has complete control over the malware:


The malware can be controlled remotely and be turned on and off at will. The "implants" act as digital ‘sleeper cells’ that can be activated with a single push of a button. According to the Washington Post, the NSA has been carrying out this type of cyber operation since 1998.

Now, who would the NSA target?

Well, I don't think I have anything to worry about. It's not like the NSA would put any malware on my computer or anything.