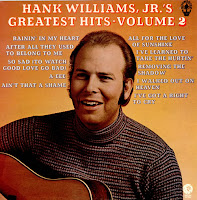 ESPN pulled the standard Hank Williams, Jr. opening from Monday Night Football after some comments the singer made on Fox and Friends:

I, for one, applaude the decision by ESPN.

Comparing the Speaker of the House, John Boehner, to Adolf Hitler was a horrible thing for Williams to do.