PJ Media reports that news outlets in Egypt are showing photos depicting Barack Obama as Satan. The Al Wafd articles reports that the image is making the rounds on Facebook, and describes the photo, although it incorrectly identifies the pentagram as the Star of David. Stupid Arabs. 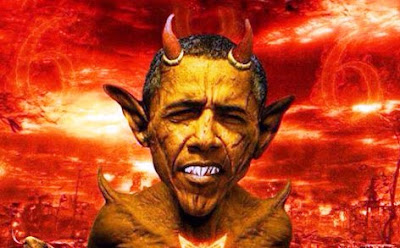