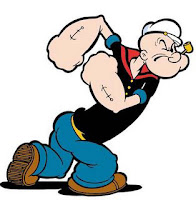 I'm not a fan of tattoos. That's why I don't have any. But, neither am I a fan of stopping others from getting tattoos. I know plenty of people with them.

Once, most of the people I knew with tattoos were military, or ex-military, mostly Navy or ex-Navy. Later, a number of people sporting tattoos included people who got drunk in or near Savannah one weekend. That's because you had to go to Savannah, Richmond Hill, or Hinesville (Ft. Stewart) to get a tattoo. Unless you were in Reidsville, but Georgia State Prison wasn't normally a place you left after just one weekend.

But, in recent years, tattoos are sprouting up all over the place. And now, the Army is reacting to that. The oldest branch of the U.S. military is looking to ban some tattoos from being visible:


Under the new policy, new recruits will not be allowed to have tattoos that show below the elbows and knees or above the neckline, (Sergeant Major of the Army Raymond) Chandler told troops. Current soldiers may be grandfathered in, but all soldiers will still be barred from having any tattoos that are racist, sexist or extremist.

Once the rules are implemented, soldiers will sit down with their unit leaders and “self identify” each tattoo. Soldiers will be required to pay for the removal of any tattoo that violates the policy, Chandler said.

I'm still not a fan of tattoos, but I kinda have a problem with the new Army policy. It goes against history. At least, Georgia History.

Let me tell you a story. Back in the early 1940s, the governor of Georgia -- I heard it was Ellis Arnall, but it could have been Eugene Talmadge -- was meeting with a bunch of soldiers before they headed off to war, either in the Europe or Pacific campaigns in World War II. One of the soldiers spoke up and asked him why 18 years old was old enough to go fight in a war, but not old enough to vote for the people that send him off to war. The governor told him, "You're right. We'll do something about that."

Here's another story. In the 1970s and 80s, when states were starting to raise the drinking age to 21, Georgia put in an exception for active duty military. That exception no longer exists -- the state does allow parents to give alcohol to minors in their own home, but that's the only exception (O.C.G.A. § 3-3-23) -- but, as you can see, where I come from, we have a history of allowing things specially for or because of the military.

This new Army policy is counter to that, and I don't like it. And I don't want the Navy, Marine, or Air Force to follow suit.

Of course, in my time in the military, a lot of soldiers had tattoos, but none were tramp stamps. Well, not many.