All that fancy technological computer stuff that the Twitterz uses knows that the media thinks just like Barack Obama. 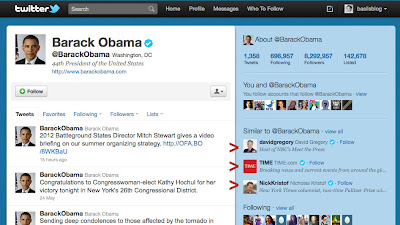 See that down in the corner? Where it lists other Twitter users that are similar? 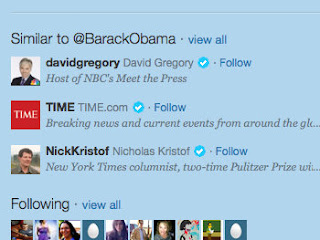 When I did a refresh of the page, CBS News did come up. Did a lot more refreshes. George Stephanopoulos, some critter from NPR, and ... Twitter. 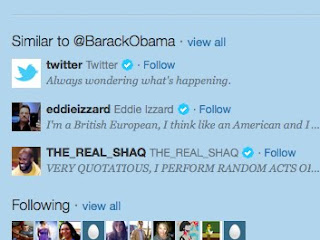