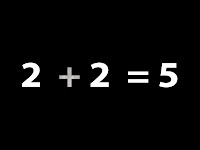 Have you seen Obama's new proposal? Remember that bill he wanted Congress to pass that night he gave the speech. It seems they finally got around to writing it. It calls for "$1.5 trillion in new tax revenue" plus another $1.5 trillion in spending cuts over 10 years.

Well, it cuts $250 billion from Medicare over 10 years. How much did Paul Ryan's plan -- the one where the Democrats showed grandma being thrown off a cliff -- cut in the next 10 years? Zero. I guess Obama doesn't want to wait until 2022 to toss grandma off a cliff. He threw his under the bus, so why not toss yours over a cliff, right?

Oh, yes, there are other savings, too. $330 billion from cuts to Medicaid and farm subsidies, according to the reports.

So, that's 1/2 trillion dollars. Where does the other $1 trillion come from? The military. Specifically, it would be from money not spent on troops in Iraq and Afghanistan.

So, does that mean that if Congress doesn't pass the bill, he's going to leave the troops over there? Is Obama kidnapping our military and holding them for ransom?

Because if the troops were coming home anyway, the money saved from bringing them back wouldn't count as part of the proposal, right?

Here's how his math works.

Raise taxes $1.5 trillion. Cut Medicare, Medicaid, and farm subsidies a third of that. That equals $3 trillion in savings.

Yeah, I can't get the numbers to add up either. Or figure out how raising taxes is savings.