Hey "blue states" -- hurry up and pass the NPVIC before November 6!

Remember all the talk about the NPVIC? You know, the National Popular Vote Interstate Compact?

Sure you do. A bunch of dumbass states have signed on to this thing.

Here's what it does: in the states that sign on, whoever wins the popular vote nationally, wins all the electoral votes in the participating states, regardless of how that state voted.

The idea is to make the Electoral College meaningless.

Why are they doing this? They're still all pissed off over the 2000 election. Gore seems to have won the popular vote, although Bush won the majority of electoral votes. And they've had their panties in a wad ever since.

The Compact has been signed on by eight states and DC. Here's a list of those states and their electoral votes:
What do you notice about those states? Yep. That's right. They're all "blue states."

Oh, and the bill is currently pending in New York (29) and Pennsylvania (20).

Now, here's where it gets kinda interesting.

Now, according to the Real Clear Politics electoral map, currently Romney has the lead in electoral votes (excluding toss-ups), and, under the current system, leads 206-201. 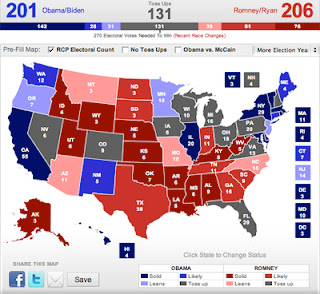 If toss-ups stay where they are, Obama has enough electoral votes to win the election under the current system, 294-244. 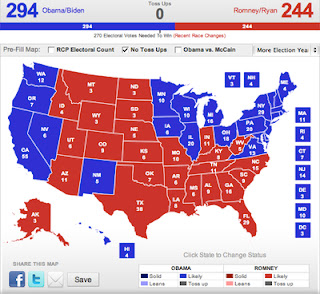 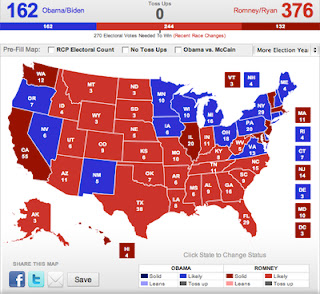 Oh, and if the two states where the bill is pending were to play along anyway, Romney wins by a larger margin, 425-113.

Told you that was the fun part.

There's a lesson to be learned from this: liberals don't think things through.

They joined in on this idea after the 2000 election because they can't imagine that their silly candidate could actually lose the election. They didn't like the rules under which Bush won, so they want to change the rules.

But, they didn't see this coming.

Oh, and there are lots of other problems with the NPVIC, not the least of which is that many states don't even count absentee ballots if there aren't enough to change the outcome within the state. For instance, Gore's popular vote lead in 2000 would shrink if the absentees in New York state had been counted. They weren't, since there weren't enough to sway the election in the state. And, since many absentees were military, they'd have swung for Bush.

Remember that whole mess in 2000 where those idiot Florida counties were trying to figure out what a hole in a piece of paper looked like? Remember Minnesota in 2008 stretching into Summer 2009? Look for that all over.

But, Democrats, and liberals in particular, don't think about stuff like that. It complicates their neat little imaginary lives.
By Basil at 10/19/2012 06:18:00 AM