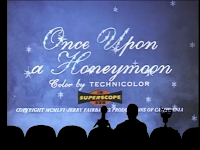 Though I've completed my initial project task of watching all of the MST3K episodes, I'm finishing up with the video collections that were released while the show was on the air.

There were five collections of shorts that were released during the run. This is the fourth. Naturally, it's Shorts Volume 3.

After Shorts Volume 1 and Shorts Volume 2 were released, the next shorts collection was named after one of the shorts. In fact, it's possibly the most famous of all the shorts shown on MST3K: Mr. B Natural. And, the collection? Mr. B's Lost Shorts??!! 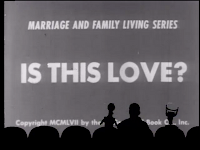 So, what to call the fourth collection of shorts? Why, Volume 3, of course!

Okay, that doesn't make sense. But, MST3K isn't the only one to do something like this. For example, the movie Rambo III? It was the second movie named "Rambo" and properly should have been First Blood 3.

So, MST3K isn't the only one to number stuff funny. So, the fourth collection of shorts is Shorts Volume 3. Deal with it.

The shorts on this volume were:
This collection included a short that had been previously released on another shorts collection. Design for Dreaming was also on Mr. B's Lost Shorts??!!, which had been released less than a year earlier. 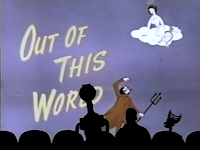 Why? I dunno. They never cleared any of this through me.

Anyway, this collection is hard to find. It was released on VHS by Rhino back in 2001, and as hard as that is to find, the DVD is even more difficult to find.

You see, the only way to get Volume 3 was to order it with a special edition of The Essentials

Three of the shorts are in episodes that have subsequently been released. Episode 603: The Dead Talk Back was released in Volume 8

Of course, fan copies of the episodes will include the shorts. If you can't find this collection, that may be the way to go. These are good ones.