MST3K: Assignment Venezuela and Other Shorts

Video: Assignment Venezuela and Other Shorts 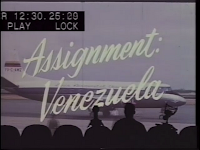 After Mystery Science Theater 3000 went off the air, many videos were released. All of them were repackages of episodes or parts of episodes. For instance, there were five videos of Host Segments. There were three collections of songs or music-related skits. Then, there were the shorts.

The shorts were collections of the short films that were shown in episodes where movies weren't as long as others and didn't fill the whole two hours. Several episodes that hadn't been released on video, and wouldn't for at least some time, had their accompanying shorts included in one of the four volumes of shorts.

Of course, there were a couple of documentaries that were released. The MST Scrapbook contained clips from the KTMA season that hadn't been seen since those episodes aired, plus rare commercials, the sales tape, and some behind-the-scenes video clips. The Last Dance - Raw was a documentary of the filming of the last episode. None of that, though, was actually new content of riffed videos. 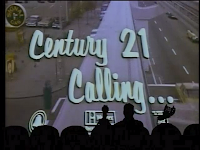 Then, this video was released.

It was made as part of a planned CD-ROM, but those plans fell through, and the two videos made wouldn't see the light of day. Then, one day, one of them did.

Assignment: Venezuela was a 24-minute video made by Exxon, before it was called Exxon, for employees heading to their offices in Venezuela. This was, of course, before that country seized those properties, so everything was rainbows and unicorns. Or arco iris y unicornios. Or something.

The other video, Mylar, What’s It To You?, has never been seen. It's considered lost. There's no evidence that it's in a safe stored away anywhere, like there is word of all the KTMA episodes. It seems that Mylar, What’s It To You? is truly lost. However, Assignment: Venezuela exists, although it's not a polished copy and includes time-stamps on the video.

This videotape includes two other shorts that are in episodes that haven't been released: 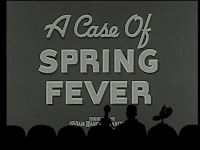 These are all three fun shorts, and they're only available in this collection. Well, kinda.

While this shorts collection was never released on DVD, the individual shorts were included as bonus features with the out-of-print Volume 7

The VHS release is one of the seven Best Brains VHS tapes I don't own. Four are episodes, and the other three are this one, Mr. B's Lost Shorts??!! and Play MST For Me 3, although I do have the DVDs.

For those that want a complete collection of MST3K, this one is a must-have.