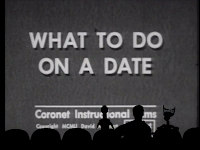 Yes, I'm done with all the MST3K episodes, and should, by all rights, put an end to this. But, along the way, I included video releases that happened during the run of the show. This fits that category.

While the last new episode aired in 1999, the show continued on in reruns through January of 2004. So, I'll finish up with new video releases that came out during the run. 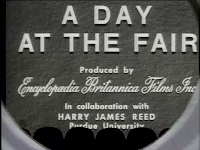 Don't worry, there aren't that many. But, the ones there are, they're pretty good.

Most of the post-new episode releases were collections of shorts. As I mentioned when we covered Shorts Volume 1, the shorts releases consisted of the short films that were in episodes that hadn't been released.

The fact that a short from an episode was released on a shorts collection was also an indicator that the episode wasn't going to be released soon. Whether or not that was true, it sure seems that way. 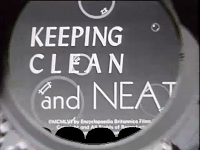 Of the six episodes that contained the shorts, three have since been released.

The first episode to be released was Episode 613: The Sinister Urge, which was included in Volume 9

were released in late 2006 and early 2008, respectively. Episode 608: Code Name: Diamond Head finally was released as part of Volume 23

If you don't have the unreleased episodes, the "fan copies" of the shows, then the only way to see these shorts is by getting Shorts Volume 2. It's kinda hard to find, though.