It never had a chance anyway 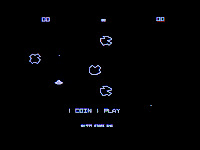 NASA says we needn't worry about that astroid hitting Earth in 2036. That's the good news.

If you remember, in 2004, scientists discovered an astroid they named Apophis, and were concerned that it might hit Earth during one of its flybys. Now, they say that while it'll be a close encounter, it won't be a deadly one:


"With the new data provided by the Magdalena Ridge [New Mexico Institute of Mining and Technology] and the Pan-STARRS [Univ. of Hawaii] optical observatories, along with very recent data provided by the Goldstone Solar System Radar, we have effectively ruled out the possibility of an Earth impact by Apophis in 2036," said Don Yeomans, manager of NASA's Near-Earth Object Program Office at JPL. "The impact odds as they stand now are less than one in a million, which makes us comfortable saying we can effectively rule out an Earth impact in 2036. Our interest in asteroid Apophis will essentially be for its scientific interest for the foreseeable future."

The April 13, 2029, flyby of asteroid Apophis will be one for the record books. On that date, Apophis will become the closest flyby of an asteroid of its size when it comes no closer than 19, 400 miles (31,300 kilometers) above Earth's surface.