Not your every day, ordinary stripper fight 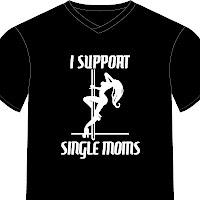 Two strippers in Juneau, Wisconsin got into a fight over a dollar.

Now, I know times are tough, but two strippers fighting over a dollar? It happens. I suppose.

Now, I have no idea how pregnant the stripper is, but apparently there's a market for pregnant strippers.

Of course, it is under Obama's watch -- into its fifth year, now -- that the economy got so bad that strippers, including one with child, are fighting over a dollar. So, if you're into that kinda thing, this is how the economy is getting better. For a dollar, some guy got to watch two strippers (one pregnant) tear each other's hair out.