As different as Black and White

So, the Secretary of State says that a country in the Middle East has weapons of mass destruction. Sound familiar? It should. It's happened before.

Remember how much the left criticized the claim a decade ago? But not so much this time. What's the difference? 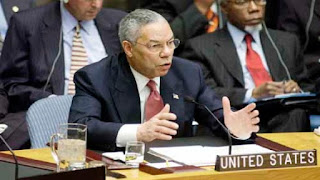 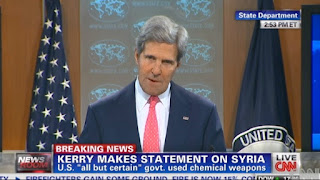 The difference? Well, it's certainly not that one's true and one's not. I don't doubt that Syria has and has used WMDs. And, the fact is, there were WMDs in Iraq, though some of the sources weren't completely reliable. But, about the Democrats believing one but not the other? Since both are Obama supporters, it's not politics. So, what could it be? Maybe that one's Black and one's White?