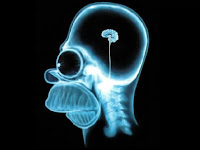 What comes to mind when someone says "gulf?"

So, besides a defunct oil company, "gulf" generally means a place where the sea extends into the land. But, it can have another meaning: a deep chasm, or a gap.

On The Tonight Show With Jay Leno the other night, the president showed just how big of a dumbass he is:


If we don’t deepen our ports all along the Gulf — places like Charleston, South Carolina, or Savannah, Georgia, or Jacksonville, Florida — if we don’t do that, those ships are going to go someplace else. And we’ll lose jobs. Businesses won’t locate here.

I've been those cities. And, I've been to the Gulf coast. But never at the same time.

I'd like to think I don't have to tell you that Jacksonville, Savannah, and Charleston are not cities on the Gulf. But, nobody seemed to tell The Smertest President Evah that those cities are on the Atlantic Ocean.

So, what comes to mind when someone says "gulf?"