The Wife and I just got back from visiting my son, my daughter, and my grandmother.

We'll talk more about the family visit at another time.

Right now, I want to complain about our stay at a Ramada.

We visited my grandmother Saturday, then went to visit my son. After we finished there, we headed back to see Grandma, before heading to Athens to visit my daughter.

After leaving Grandma's house late Saturday to make the trip to Athens, we decided we were too tired to drive very far. There ain't a lot of anything between southeast Georgia and Athens, so we found a hotel in Jesup and got a room.

Now, if you've never been in Jesup, Georgia, there ain't a lot there, neither. But, they do have a Days Inn, a Jameson Inn, some local places ... and a Ramada.

Not knowing any better, I figured the Ramada might be the best place to stay.

I don't smoke. I know several people do. But, in Georgia -- even in Jesup, Georgia -- the lobby shouldn't smell like an ash tray.

I should have taken the hint and found another place.

I asked for a room. They had rooms. King, no smoking, on the first floor and on the second floor.

I asked about Internet access. Yes, they had it, said the lady behind the counter.

So, to the room we went.

The Wife took a shower, and found dried soap bubbles on the wall.

No, she didn't tell me about that until the next morning.

While she was in the shower, I decided to check email.

Well, actually, I'd get a signal, then it'd drop. Then a signal. Then no signal. Mostly no signal.

I called WebER Wireless, the company that handles issues for the wireless at that hotel. The guy asked me what room I was in.

Turns out that it mattered. Since the hotel was already aware that the wireless in the wing I was in wasn't working.

Yep. The lady behind the counter knew ahead of time that the Internet didn't work in the room she gave me.

By the time I had all this information, the Wife had finished the shower and was ready for bed. So, I went to the lobby and checked email.

Rest of the room was okay. Slept fine. 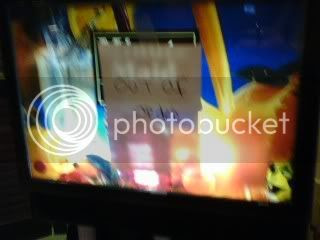 Next morning, though, breakfast was a bust.

First, there was no juice.

Yes, the orange juice, grapefruit juice, and whatever other kind of juice they were supposed to have wasn't working.

So, I wasn't sure if I wanted to eat breakfast there or not.

The Wife decided to look at the other items they had for breakfast.

Cereal. Muffins. And not a lot else.

Yes, there was bacon! 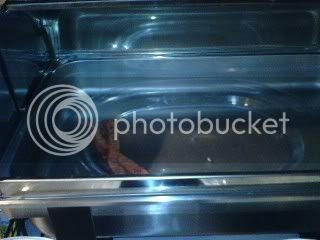 I'm not sure what I expected.

I know exactly what I expected.

When I stay at a Ramada, I expect the lobby to not smell like an ash tray.

I expect the shower to be clean.

I expect the juice machine to work at breakfast.

And I expect more than two pieces of bacon.

Maybe my expectations are too high.

But I think not.