A man in Denver says he has proof of aliens among us.

According to a report from Denver TV station KMGH, Jeff Peckman obtained the video from Stan Romanek, who took the video 5 years ago. Peckman calls it "irrefutable evidence" of alien visitation:

The grainy, black and white video he showed was shot by Stan Romanek in Nebraska in July 2003. Romanek said in a film clip that he thought there might have been a peeping tom peering through his window, spying on his two teenage daughters, so he grabbed a video camera and started recording.

The bald, whitish "being" with an elliptical head and big black eyes is seen in the video peering just over a windowsill, blinking, looking around and then going down, out of view. The creature raised its head several times but no other parts of its body is seen.

Now, here's the catch: They won't allow the video to be shown. The Denver Post says they saw the video, that it's 3 minutes long, and shows a head popping up every now and then. 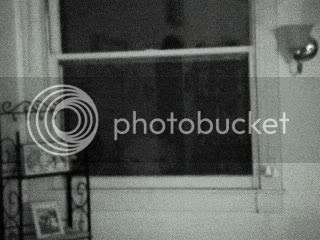 Sounds suspicious to me.

Not the alien. The whole idea that there's a video of an alien.

Then, again, maybe it is for real.

I've seen an alien myself. Many people have. In fact, this alien has been spotted in all 57 states: