Yesterday, The Wife and I went to the movies. And saw the new Indiana Jones movie. Read about it here (warning, spoilers!).

Went to the early show. One of them, anyway. They were showing it every 15 minutes. And we caught the last of the early shows. Paid matinée price.

But then, I bought popcorn.

Because they had a "special." Would normally cost even more. But we saved a few cents by getting the "special."

The drink was full. Not overloaded with ice.

The box of candy? Big box. But, unlike the Coke and popcorn, not a lot of candy. Half candy, half empty box. 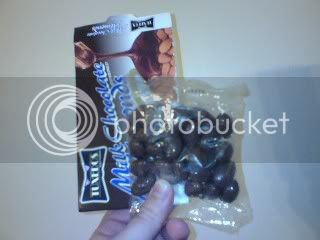 We ended up paying $26 for the two of us to see the movie and have a movie snack.

No, we don't have more dollars than we have sense. We just act like it sometimes.

But, that's just how it is. If you go to the movie, unless you sneak food in (and I don't), you either do without ... or pay the big bucks.