I know I'm a little behind the curve, but I recently got one of those new touch devices. I got an iPad. Lots of people have had an iPhone or an iPod Touch, but this is my first device of this type. And I like it. And, I'm discovering all the different apps that are available.

Like I said, I'm way behind the curve on this, and I know it. But it's a fun game.

In fact, the only game I can think of that could be more fun is one based on Angry Birds.

Only this game, anyone can play. You don't need an iPhone, an iPod Touch, an iPad, a BlackBerry, a Droid, or anything like that.

All you need is a ballot. The game is available November 2. 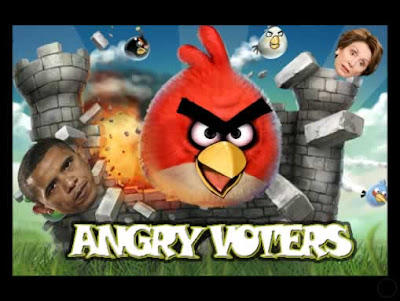