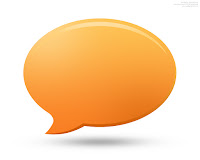 Did you hear about the court in Estonia that ruled that a news Website was responsible for comments people left there?

Anyhow, some story was written in 2006 that a bunch of people got their panties in a wad about. Something about roads and ferries. Or maybe it was fairies. Kinda hard to understand what was going on unless you actually read the story, and the Wall Street Journal wants money to let you read it.

Here's the deal: some court ruled that the Website should have known that comments could have had a detrimental effect on the company in the story. And, when they let people write nasty comments and left them up, they (the Website people) were to blame.

So, does that mean that if you clowns up and say something nasty about others that this Website is responsible?

Well, apparently so. In Estonia.