We got a T-Rex. Need a rocket. 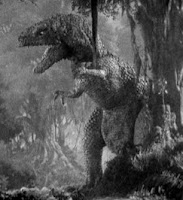 Shutdown has stopped a dinosaur in its tracks.

There's a T-Rex in Montana that was supposed to go to the Museum of Natural History in Washington, DC. But, what with Shutdown and all, it's not going anywhere until at least April.

You know what this means? There'a a dinosaur all packed up for moving, and it's just sitting there. Waiting.

We need somebody to check and see if Shutdown has any rocket launchers all boxed up stuck in some place, just waiting for someone with a dinosaur to make off with them.

Now, who in the IMAO group is in Montana and has time to run go pick up a dinosaur? You'll probably need a truck. Just tell the people at Dinosaurs R Us (or wherever it is that the dinosaur is sitting) that you're from the government and because of Shutdown, you have to take it so nobody can drive by and see the box of dinosaur.