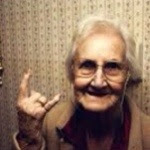 While traveling this weekend, I was flipping around the radio, and ran across SiriusXM 26, which is normally classic rock from the '60s and '70s, but was dedicated to the Rock N Roll Hall of Fame this weekend.

I had heard there was question in some minds about a few of this year's inductees, but I didn't bother with it. Seriously, what does it matter?

Until I was alone in a car for over five hours listening to some radio station telling me why these people deserved to be in the Rock N Roll Hall of Fame. Now, it is my mission in life to see that place razed, paved over, and an Indian casino put up in its place.

I do not claim to be an expert in rock music. Yes, I was a radio DJ in the 1970s, but that speaks more about my age than anything else. And it's that age thing that sorta matters. I was around then. I'm not being told what music was like and what the world was like. I was there.

When you look at the Rock N Roll Hall of Fame bio of Cat Stevens, it speaks of his bravery in converting to Islam. So, I guess they'll be inducting Muhammed Ali soon? Born as Steven Demetre Georgiou, Cat Stevens did have some hits in the '70s, but I wouldn't call "Oh, Very Young," "Morning Has Broken," or "Peace Train" rock anthems. Hippie music, sure, but that doesn't mean it's rock n roll.

And, sure, it wasn't a popular thing for a Roman Catholic-raised child of a Greek Orthodox and a Baptist (or anyone, for that matter) to convert to Islam around the time the Ayatollah Khomeini was putting together his return to Iran, Cat Stevens did that, taking the name Yusef Islam (which translates to Joe Moslem). But what's that got to do with the music? It didn't suddenly make "Moon Shadow" a rock song.

And Peter Gabriel? Seriously? Even the Rock N Roll Hall of Fame had a harder time coming up with a bio for him. So, they talked about other stuff:


The epic song “Biko” directly inspired the Artists Against Apartheid movement as he spearheaded the Amnesty International A Conspiracy Of Hope and Human Rights Now tours.

See. They shoulda just chucked Nelson Mandela in a hole in the ground and spent the entire ceremony playing Peter Gabriel songs.

Now, I will grant that his music is more rock that Joe Moslem's, but putting him in the Hall of Fame? That's like putting Mario Mendoza in baseball's Hall of Fame. The real one, not the one in Mexico.

And, speaking of Mexico, it seems that her album of Mexican music was enough to grant Linda Ronstadt admission to the Hall of Fame.

All cover versions of songs made famous by others. Which means that the band playing down at the Holiday Inn has a chance for induction next year.