The joke's on me 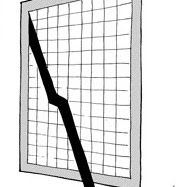 I've been trying to come up with a way of poking fun at Obama's slipping poll numbers. I've considered and rejected some really lame ideas. So far, the best I've been able to come up with is along the line of this:


News From Next Year

WASHINGTON, December 31, 2014 (AP) - The president's poll numbers have held steady for a year despite Republican claims that the president's policies have been increasingly unpopular. Polling services stopped conducting polls regarding the president's popularity in January, a move roundly criticized by Democrats.

"Our own internal polls show that the president's policies are increasingly popular," said outgoing Senate Majority Leader Harry Reid. "Hardly a day goes by that I don't ask my staff 'How's the president doing?' Support for the president is at an all-time high. Trust me on this."

Despite record number of uninsured Americans, Obamacare's popularity is high among House Democrats, according to Minority Leader Nancy Pelosi. "It's a shame that Republicans have been sabotaging the Obamacare Website by running ads all summer and into the fall. It's caused people to lose their benefits, and then they have the audacity to blame it on a law nobody read."

Even with the popularity of Obamacare, the president's approval rate has stayed in the 30s since polling stopped.

Anyway, I was thinking about something like that. But, I won't finish it.

Turns out Obama's pollster beat me to it. Really.


Reporters should go the next “year without reporting any public polling data,” Joel Benenson, president and CEO of Benenson Strategy Group, said.