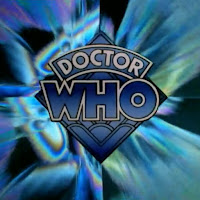 I've been watching classic Doctor Who episodes. I began with the first season from 1963, and am now in the eleventh season from 1974 (mostly).

Season Eleven was 26 episodes comprising 5 serials. It featured a new opening sequence, highlighted by the classic Doctor Who diamond-shaped logo. It also introduced Sarah Jane Smith, who was with The Doctor for four seasons, the longest of any companion so far.

The first serial of the season, The Time Warrior (4 episodes), introduced the Sontarans, and featured another appearance by Boba Fett. Jeremy Bulloch, who played Boba Fett in the original Star Wars movies, made his second Doctor Who appearance. He had previously appeared in The Space Museum from Season Two. The serial also gives The Doctor's home planet a name: Gallifrey.

The second serial, Invasion of the Dinosaurs (6 episodes), had an interesting idea in that dinosaurs were brought forward in time to the present day (1970s) and then returned, wreaking havoc in between. I think they stole this idea from Primeval by taking the TARDIS into the future and bringing the idea back to 1973. The Doctor should be ashamed of himself.

A little shame should also be heaped upon the special effects department for that serial. The dinosaur effects made Godzilla (1954) look like Jurassic Park. Barney is a more convincing dinosaur than what was done for that serial. And, in a change of recent storyline pattern, the eco-warriors were the bad guys, intent on destroying life on Earth. They did excuse them as misguided, with their hearts in the right place, though. Those wacky Brits.

A couple of old villains appeared in Season 11. The Daleks made an appearance in Death to the Daleks (4 episodes). That serial was unusual in that, for some of the time, there was an uneasy truce between The Doctor and the Daleks as they combined forces to restore power to their respective ships. At the end, of course, the Daleks are the bad guys, and as usual, are defeated. The other return villains, the Ice Warriors appear in The Monster of Peladon (6 episodes).

The season ended with the 6-episode Planet of the Spiders. I don't like spiders. The second episode of the serial could have been called "Who. Doctor Who." because of the extended chase scene involving a car, a hover craft, a flying car, a helicopter, and a speed boat. I could almost hear Paul McCartney playing Live and Let Die during it.

The spider effects were actually pretty good. Well, not bad. Certainly better than the dinosaurs. But some of the other effects in the serial were pretty bad. 1980 Flash Gordon bad.

The main event in the serial, apart from saving the universe again, is the death of The Doctor. He was regenerated -- the first time it was called that; the transition from the First Doctor to the Second Doctor was called "renewal" -- into the Fourth Doctor, played by Tom Baker.

The Tom Baker episodes were the first Doctor Who episodes I ever saw, on PBS back in the 1970s. And, now I'm caught up to then. Well, nearly.